A Fresh Perspective99.3% truth, .7% blatant lies. In between lies my perspective on life.

How Not To Support Your Candidate

You hear it all the time – “Trumpanzees,” “MAGAts,” “Bernie Bros,” and similar labels.  These refer to followers of a given political personality who exhibit certain behaviors – aggression, rudeness, intolerance for other ideas, and a tendency to shout others down.

As the administrator of a large, partisan page on Facebook, it’s been fascinating to watch people’s behavior over the last few weeks.  Because the page is basically a Barack Obama fan page, a significant plurality – if not a majority – of the readers of that page are supporting Joe Biden in the Democratic primary this year.

And boy, oh boy, do they get mad that I and another administrator are Sanders supporters.  A funny thing happens, too:  these folks will come in screaming about the rude, obnoxious “Bernie Bros,” and then say things like this:

That was immediately after an article was posted with the headline “Bernie Sanders Says He Will Drop Out if Biden Gets Plurality Coming Into Dem Convention” – the exact opposite of what this user wrote.

I could copy and paste all day to get the word count up, but it would be boring and repetitive.  The point is, these are Biden supporters, and they’re very rude, aggressive, and obnoxious.  “Vote Blue no matter who (except Sanders)” is the prevailing mode of thought.

Are any of these people garnering support from their candidates?  Are the candidates themselves responsible for the behavior of their followers?  Are these people even really followers, or are they trolls or other dishonest actors deliberately trying to make the candidate they’re ostensibly supporting look bad?  Let’s get some answers.

My (admittedly anecdotal) experience strongly suggests that this is a hard “no.” Furthermore, in many cases I’m not convinced that’s the true purpose of such comments.  Setting aside the question of “bad actors,” I think it’s critical to remember the context in which you see most of this behavior – message boards, social networks like Facebook or YouTube Comments, Twitter, etc.  Social media being what it is, it seems like many of us are more interested in saying things that will gain approval for us within our own echo chamber, than in constructing a compelling argument in favor of their candidate.

This bears out with the Biden supporters on that big Facebook page – not once have I seen “I support Joe Biden because I believe his policies are better for America and this is why.”  It’s just a litany of insults against Sanders or Trump, and if you’re lucky you might get a recycled bullet point or two in favor of their candidate (e.g. “Trump says what he means, no filter and no apologies!” “Biden isn’t a radical socialist who wants to give everyone free stuff!”)  I can’t credit the “first thought” response that most of us will tend to have – “boy, these folks sure don’t know how to make friends, do they?” – because frankly I don’t think most people are that ignorant.

A person engaging in this behavior is not trying to convince the person they’re arguing with that their candidate is superior; rather they’re trying to convince fellow supporters of their own passion for and commitment to the candidate.  That subset of genuine commenters of this nature aren’t engaged in an exchange of ideas; they’re demonstrating how hard they’re willing to fight for their cause, to gain the approval of others who share it.  As a result, it’s probably of little value to point out the self-defeating aspects of the technique; the writer is accomplishing what they intended, it’s just that their intent isn’t what we tend to think it is.

There’s also the critical question of how many of these comments are legitimate in the sense that they’re made by individuals participating in a conversation and expressing their genuine feelings.  I’m convinced that many of these people aren’t advocates or supporters of the candidate for whom they appear to be lobbying.

In my academic work in communication and political science, much attention was paid to propaganda, disinformation, and misinformation.  Perhaps some of you will be familiar with the “COINTELPRO” scandal of the late 60’s, but for those who aren’t:  “COINTELPRO” (an acronym for “Counter Intelligence Program”) was “was a series of covert and, at times, illegal projects conducted by the United States Federal Bureau of Investigation (FBI) aimed at surveilling, infiltrating, discrediting, and disrupting American political organizations.” (Wikipedia).  One of the key aspects of this program was that the infiltrators themselves were eventually found to be the instigators, not merely participants or observers, of much of the radical and illegal behavior engaged in by the Black Panthers and other groups.

Using this same basic notion combined with the world of political manipulation in the post-Atwater, post-Rove landscape of the US, it’s not hard to imagine the operatives of a given campaign deliberately acting out as though they’re fans of a given personality or political figure, just to perpetuate a negative perception.  This tactic has been remarkably effective, and naturally becomes more so when taking into account the basic reality that any large group of people is going to have a few jerks in it.

This leads us to the question…

Are The Candidates Responsible?

If my readers are engaged in violence or aggression even though I never suggested they should be, is it my fault?  It appears that people think so; Sanders has repeatedly denounced this behavior in public, yet every day I see another story asking why isn’t he doing more to stop them?

As with any sort of public-facing work, it can be challenging to deal with the reality that some people are going to see things in your work that you didn’t put there.  I’ve faced this myself as a musician, writer, and so forth; people tend to see and hear what they want to see and hear, even when that’s not what’s being said or shown.  This is unfortunate, and destructive; one need only consider the case of Nirvana’s Curt Cobain and the psychological impact he felt in realizing that many of the people buying his records and tickets to his shows were the same sorts of people he started off railing against, as he openly discussed in their song “In Bloom” among other places, to begin understanding how frustrating this can be to the people whose work becomes misinterpreted and distorted as a platform for the very things to which their work stands opposed.

It’s very easy and convenient to blame the politician, the songwriter, the actor, for negative reactions to their work.  This is especially true if you have a vested emotional or financial interest in building opposition to that work or that person.  In the end, though, it’s just not logically supportable.  When you can point directly to that work, for instance the constant referencing by Bill O’Reilly to abortion doctor George Tiller, who was eventually murdered, then there’s an argument to be made.  In a case like Sanders, however, this is much more difficult; he hasn’t urged anyone to break things, to be rude and aggressive, and so forth.  Quite the contrary; he seems to avoid verbalizing ideas that could fit with his ideology, like “tearing down” the establishment or “eat(ing) the rich.”

It takes quite a stretch to imagine that anyone genuinely supporting the principles Sanders has espoused of justice, progress, and equality having a genuine appeal to misogynists and xenophobes.  Blaming anyone for the behavior of others simply doesn’t hold up to logical scrutiny in the absence of clear evidence that behavior was provoked by the person you’re blaming.

What Can You Do?

These observations leave us with a final question: as a genuine supporter of a given candidate, what can you do to be truly supportive?

My best advice is to always try to advocate for, rather than against.  If you’re supporting Joe Biden, referring to Sanders supporters as “spoiled children” isn’t going to get you very far.  However, laying out solid reasoning for your support just might.  If someone says Biden has been unsupportive of LGBT rights, for instance, you can counter with the very true observation that he basically forced President Obama’s hand on the issue by publicly supporting gay marriage before Obama did.  If someone says “Bernie Sanders hasn’t done anything,” you can point out that he’s done a great deal but most of it hasn’t been in the form of sponsoring legislation – declaring “Gay Pride Day” in Burlington, VT in 1983 for instance, or being one of the leading voices in the fight to raise the minimum wage – an effort that has been quite successful.

Don’t waste energy talking about what someone else doesn’t or isn’t or how they’re bad; talk about how what you support does and is and how it’s good.  Avoid being argumentative and getting drawn in to personality conflicts; focus on your goal and the positive, affirmative ways you can approach it.  Rise above the rancor and show confidence and strength in your beliefs and your position.  Remember: nobody’s the villain in their own movie.  The people you’re arguing with are just as convinced of their righteousness and validity as you are.

If you keep these things in mind, you can avoid becoming part of the problem, wasting time and energy in pointless argument, and doing more harm than good to your cause, whatever it may be. 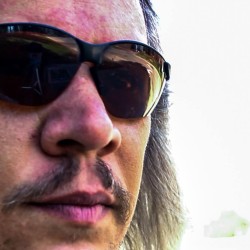 Not Just a “Difference of Opinion” or “Politics” #Values #Deplorables

Folks Who Help Keep the Lights On

When you purchase through the links on this site, you help to pay hosting fees and maintenance for this site, at no extra cost to you.

You may have pending WordPress subscriptions already, in which case they won't let you sign up for new stuff until you confirm or delete the pending ones. How to do that??
1. Visit https://subscribe.wordpress.com/.
2. Enter your email address and click Request Details.
3. After requesting your details, you'll be sent an email with a link in it. WATCH FOR IT! By clicking the link, you'll be taken to a page where you can manage their subscriptions.